BENNYTOWN
For as long as I can remember, I've been a horror writer at heart, and now I've finally got the chance to unleash my twisted mind upon the world with my newest novel, Bennytown. Bennytown will be released on June 23, 2020. 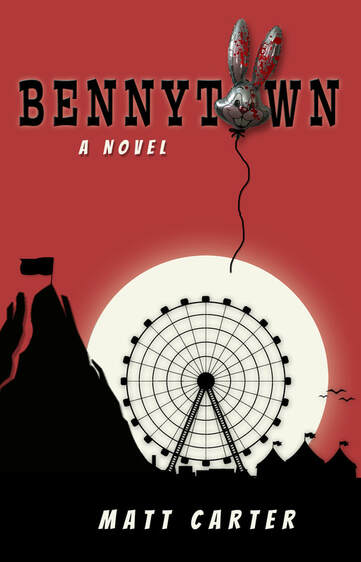 For nearly sixty years, Bennytown has been Americas most exciting family theme park destination. Under the watchful eye of cultural icon Benny the Bunny, the park has entertained generations of children with its friendly atmosphere and technologically innovative rides. Park founder Fletcher Dorian's dream lives to this day, with Bennytown acting as a beacon of joy and wonder, where magic is real and dreams come true.

Bennytown once saved sixteen-year-old Noel Hallstroms life, and to repay it, Noel has applied for a summer job. Though the work is messy and the hours are bad, Noel is happy to be a part of the Bennytown family, until he sees the darkness beneath the surface.

Spirits of the many who have died in the park roam freely, and every night the park transforms into a dark dimension where madness reigns and monsters prowl.

Noel is about to find out more about Bennytown than he ever wanted to know, and that its darkness might have designs on him...

Bennytown is an adult horror novel and is available from Owl Hollow Press wherever books are sold!
THE ALMOST INFAMOUS-VERSE
This loosely connected series of novels takes place in the same fictional superhero universe, often taking an adult, satirical look at superhero fiction and are published by Talos Press. 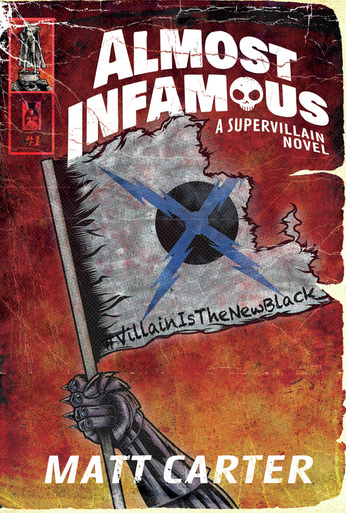 Eighteen year old Aidan Salt isn't a superhero. With his recently manifested powerful (and unpredictable) telekinetic abilities he could be one if he wanted to, but he doesn't. He's painfully average, unambitious, selfish, and cowardly, and he doesn't want to have to deal with all the paperwork required to be a professional hero.

Still, since the money, fame and women that come with the caped lifestyle appeal, he decides to become the world's newest super-villain: Apex Strike.

However, he soon finds villainy in a world where the heroes defeated all the villains decades ago has problems of its own, in that half the world's heroes seem to want him dead and the other half want to hire him as their own personal villain so they can maintain their relevance. Choosing the latter course, Aidan enters a world of sex, drugs and superpowers that is seemingly everything he ever dreamed of... at least until he sees what truly hides behind the cape and mask lifestyle. 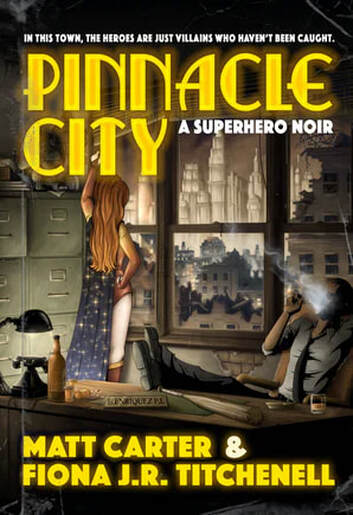 Pinnacle City is many things to many people. To some it is a glittering metropolis, a symbol of prosperity watched over by the all-star superhero team, the Pinnacle City Guardians. Beyond the glitz and glamour, there is another city, one still feeling the physical and economic damage of the superhero-villain battles of generations past. The lower class, immigrants, criminals, aliens, sorcerers, and non-humans alike call this city home, looking to make a living, which is becoming increasingly difficult as the two sides of the city seem prepared to boil over into a violent conflict.

Private investigator Eddie Enriquez, born with the ability to read the histories of objects by touch, still bears the scars of his time as a youthful minion for a low-level supervillain, followed by stints in prison and the military. Though now trying to live a straight-and-narrow life, he supports a drinking problem and painkiller addiction by using his powers to track down insurance cheats. When a mysterious woman enters his office asking him to investigate the death of prominent non-human rights activist Quentin Julian, a crime the police and heroes are ignoring, he takes the case in the hopes of doing something good.

Superhero Kimberly Kline has just hit it big, graduating from her team of young heroes to the Pinnacle City Guardians with the new codename of Solar Flare. With good looks, powers that include flight, energy manipulation, superhuman strength, durability, and speed, as well as a good family name, the sky is the limit for her. Upbeat, optimistic, and perhaps a little naïve from the upper-crust life she was raised in, she hopes to make her family, and the world, proud by being the greatest superhero she can be . . . but things aren't always as they seem.

From the minds of Matt Carter and Fiona J. R. Titchenell, Pinnacle City is a pulpy, throwback noir of yesteryear, where two unlikely people from opposite sides of the track must team up to do good in a world full of so much bad.

Co-authored by my frequent collaborator and wife, Fiona J.R. Titchenell, Pinnacle City, an adult, noir sci-fi tale of heroes and villains, is available from Talos Press wherever books are sold!
THE PROSPERO CHRONICLES SERIES
A YA, sci-fi/horror series about an invasion of alien shapeshifters in the small, Northern California town of Prospero, the Prospero Chronicles is a four book long series available at all major online ebook retailers. 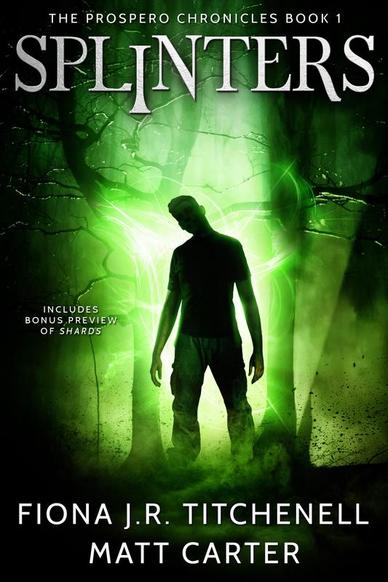 There's something rotten beneath the small town of Prospero, California. For over a century, the town's history has been rich with tales of monsters, miracles and mysterious disappearances in the surrounding woods. It’s a town where everybody has something to hide, especially those who may not be entirely human.

Sixteen-year-old Mina Todd knows about the otherworldly shapeshifters that secretly run Prospero and has dedicated her life to fighting them. Ben Pastor, in town to attend the funeral of his missing childhood friend, Haley Perkins, has never believed any of the strange stories about what happens in Prospero. When Haley turns up alive and well at her own memorial service, Ben and Mina are forced to work together to uncover what happened to her. Though they may not always understand each other, Ben and Mina’s unlikely friendship may very well be the only thing that can save the town, and possibly the world, from its insidious invaders.

"A snapping, crackling, popping homage to classic horror that alludes to no optimistic resolution—all the more reason for a series." - Kirkus Reviews

Splinters is the first of four books in The Prospero Chronicles series and is now available at any of these fine retailers: 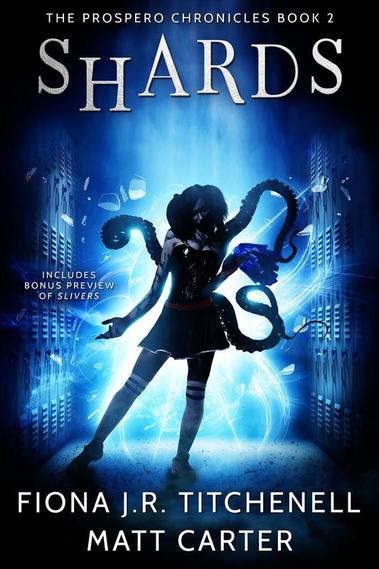 When autumn descends on Prospero, California, Ben Pastor hopes that the normality of the new school year may offer a reprieve from the town's recent paranormal horrors. Mina Todd, however, knows all too well that there are no reprieves and no normality in this town, especially after she starts having crippling, unexplained hallucinations of the dead. But even she can't prepare for what the coming year holds.  On top of a brewing civil war that threatens all of humanity, inside the walls of Prospero High, Ben, Mina, and their expanding network face a sinister campaign that aims to destroy their friendship, a newly human Haley Perkins struggling to readjust to life, and an assassin of untold power who is picking off human rebels.  Ben and Mina's one hope may rest with a mysterious figure hiding in the woods outside of town; a living legend who may know how to stop this dangerous new breed of supernatural foe. That is, assuming the figure doesn't first kill everyone himself.

Shards is the second of four books in The Prospero Chronicles series and is now available at any of these fine retailers: 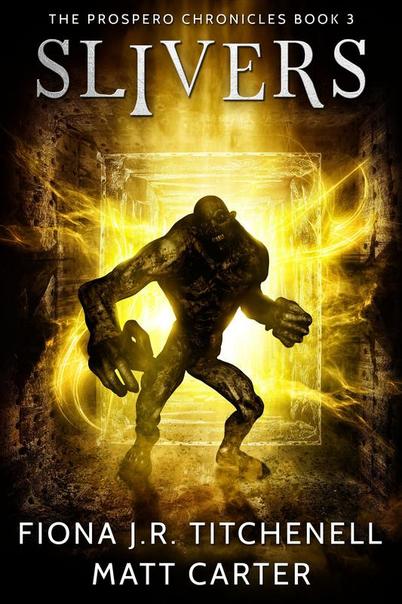 Shards is the second of four books in The Prospero Chronicles series and is now available at any of these fine retailers:Ben

Growing up is hard, and growing up in Prospero is even harder, but I think we manage. I mean, yeah, my friends and I spend more of our time fighting a race of shapeshifting aliens than we do hanging out, but we have our fun. We go to parties, help each other with our classes, maybe even fall in love…

I’ve no illusions that we live ordinary lives, but they’re our lives, and I’m going to make sure we make the most of them whether the Splinters want us to or not.

The truce is temporary. We will not humor the Splinters forever. It's only until the Slivers can be stopped, until the army of Shards being planted among our classmates can be disassembled, until we get our hands on the thing I'd almost given up believing in.

For the chance to know, once and for all, who can be trusted, some dealings with monsters must be excusable. Inevitable. Just like this feeling between Ben and me.

And that has to be temporary too.

Slivers is the third of four books in The Prospero Chronicles series and is now available at any of these fine retailers: 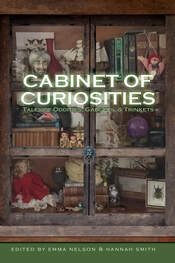 A man who makes his living selling counterfeit paranormal goods meets his match when he finds a copy of A Field Guide to Identifying North American Clowns. At first, he thinks the creepy-looking book might make him a few extra bucks, but when a paper cut from its pages slowly begins to transform him into something else, he realizes it might have much more power than he initially expected. 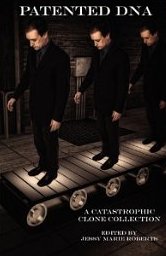 What happens when you get a defective clone? Why you call in The Repairman of course! Burgundy is perhaps the finest Repairman of defective clones the company has to offer, and though his methods are a little blunt (though not nearly as blunt as the cleaver and meat tenderizer he keeps in his belt), he's the best at what he does. However, when the defective clone of a bored, rich housewife makes him a tempting offer, Burgundy is forced to consider his options. 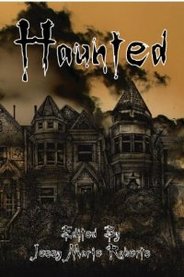 Haunted: An Anthology of the Supernatural

There's a bright green stain on Margie's floor, and she's certain that a ghost inhabits it. Her younger brother, Brad, isn't as convinced, especially since Margie hasn't been quite right these past few years after a divorce and a miscarriage. However, while she is determined to prove to him the ghost's presence, neither is prepared for the terrible truth the stain hides. 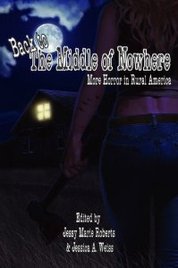 Back to the Middle of Nowhere

On an empty, rainy stretch of highway in the middle of Oklahoma, Daniel is cut off by a couple of jerks in a muscle car who nearly knock him off the road. When he sees their car flipped over on the shoulder, he considers passing them by, but being a decent guy he stops to offer help. As always, this turns out to be a mistake. 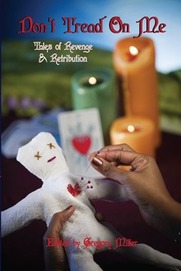 Don't Tread On Me: Tales of Revenge & Retribution

A young man receives a crate of odd trinkets as part of his inheritance after his father's death. Upon finding a small wooden box sealed with wax and the message "DO NOT OPEN" written on top of it, he naturally opens it. Really, finding a quintet of murderous voodoo dolls hidden inside is the best case scenario for something like this. 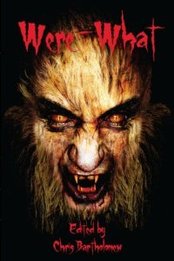 Charlie's never made an honest living, but he's always made a good buck stealing cars. He thinks he's made a great find one night when he sees a crippled man driving a pristine 1971 Plymouth Barracuda, and forces him out of the car at gunpoint. The driver is odd, calmly telling him that he will regret his decision should he go through with stealing his car. Nevertheless, Charlie steals the car, and all too late realizes its strange owner is a werewolf who will do anything to get his prized car back. 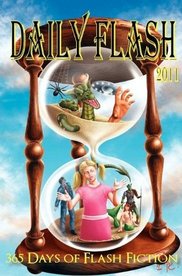 Contains Matt's stories, "Benny the Bunny" and "The End of the World & The Art of Hanging a Picture Frame."

The favorite toy of a man's dead son blames him for his death.

A recent college grad accidentally opens a black hole when trying to hang his diploma. We've all faced this problem. 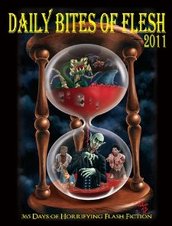 Contains Matt's stories, "Press 3 For Eat" and "The Sixth Plague."

A man accidentally transforms his cell phone into a flesheating monster by pressing the wrong button on an automated menu.

A burn received from touching a freshly crashed meteor infects a farmer with a parasitic plague that wants his help to spread.